Equality at our Club 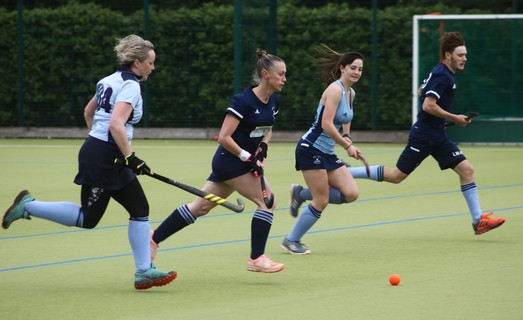 England Hockey strives to ensure that the game is played, watched, delivered, governed and enjoyed by all.

St Neots Hockey Club are committed to the principles of fair treatment for everyone, embracing differences and creating a culture where everyone is welcome.

To achieve that, St Neots Hockey Club have adopted the England Hockey policies related to Equality, Diversity, and Inclusion.

This policy is aimed at all those actively involved in any aspect of hockey activities, whether that be as an employee, volunteer, member or participant. Details of the equality policy can be found in Equality Policy

Policy And Procedures for Trans or Transgender Hockey Player

Under current English legislation, hockey, as a gender-affected sport, may be regulated by England Hockey in respect of the participation of a trans person. They use the term trans or transgender to describe those people who, as defined by the Equality Act 2010, share the protected characteristic of gender reassignment and are described in the legislation as transsexual people.

St Neots Hockey Club will refer to the England Hockey policy and procedures to permit trans people to compete in their affirmed gender and to protect those who may be staff, coaches, officials, volunteers or spectators, and who may be trans people, or perceived to be so, or associated with them, such as family members. The policy and procedures can be found under Transgender Guidance

Current players please register online now (blue button). New or returning? Find out more about our club either as a player, official, coach or volunteer.

Your Committee and Coaches

Details of Data Controller are